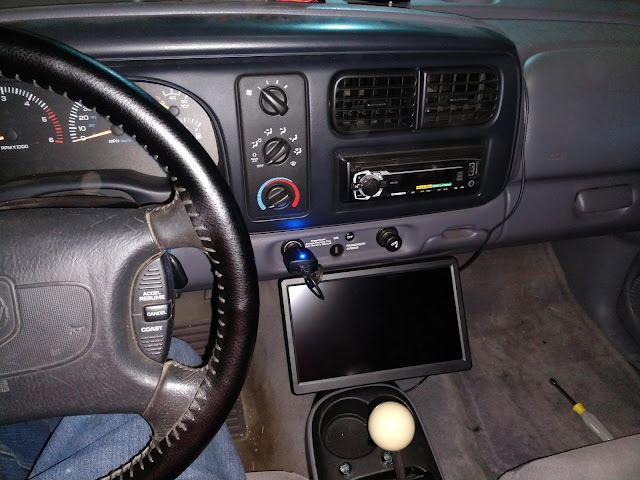 Tuner Studio Autostart to a gauge display. Boot up about 1 minute
99 Dodge Dakota with a turbocharged 5.3 LS swap and 4l80e transmission 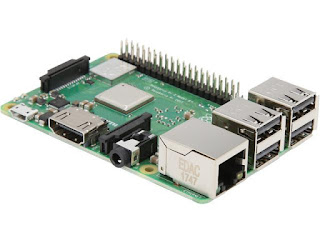 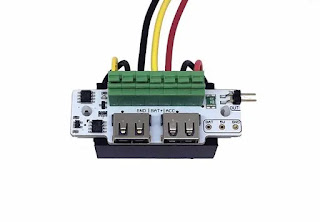 Mausberry Circuits power supply with graceful shutdown upon ignition off 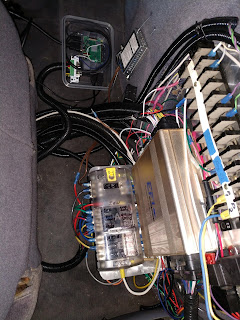 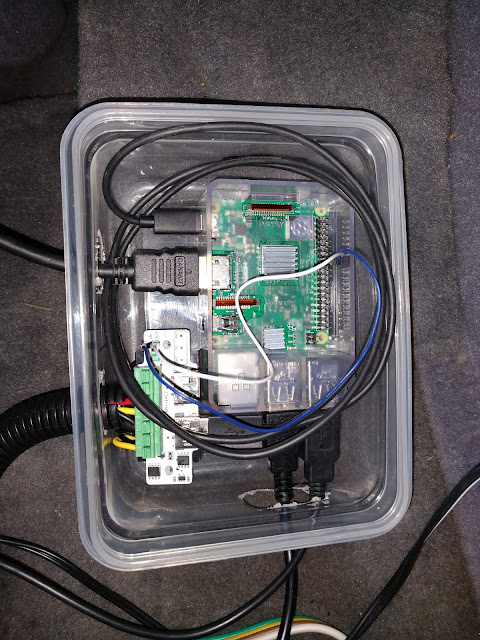 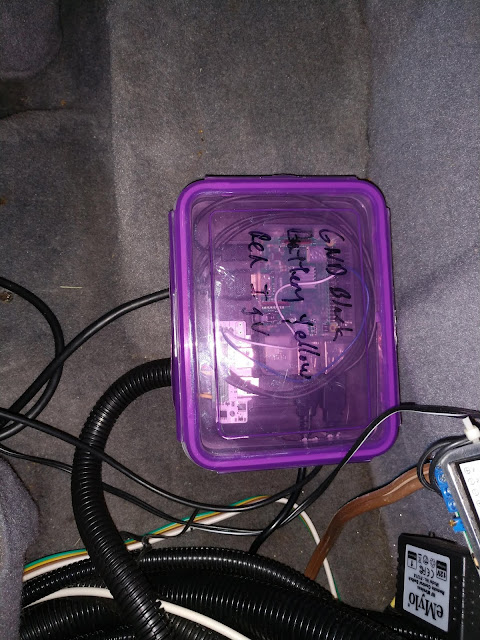 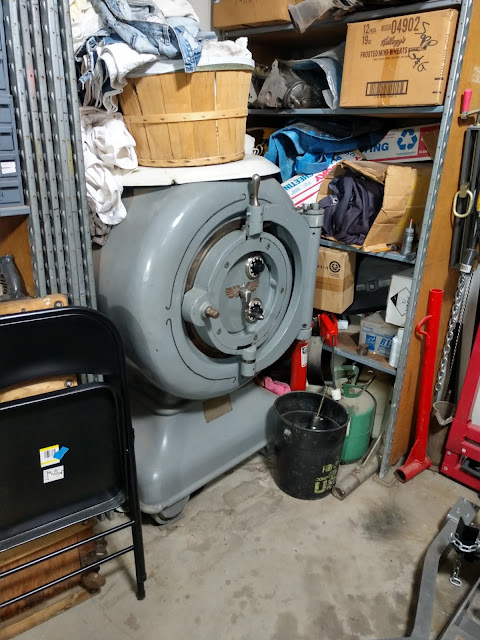 I got this safe in the mid 80's and didn't get around to fixing the locks until 2019. It had been in a fire with the door open. We got it looking good and used it for fire proof record storage and that was good enough until now. It was made by the Manganese Steel Safe company in the 1920's by the serial numbers on the time lock movements. The metal is steel with around 14% manganese in it. It is non magnetic and tough to machine. High speed steel won't touch it and modern carbide is a slow process. Originally it was ground to fit. This turned out to be an issue trying to fit modern threaded stem dials on it. 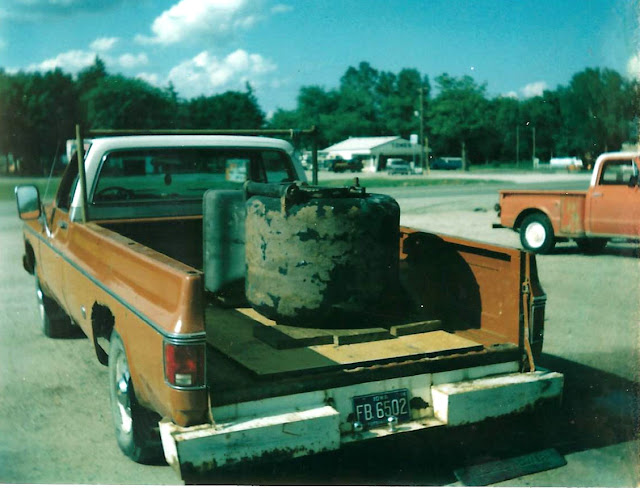 Here it is when I picked it up. Took two of their forklifts to lift it. 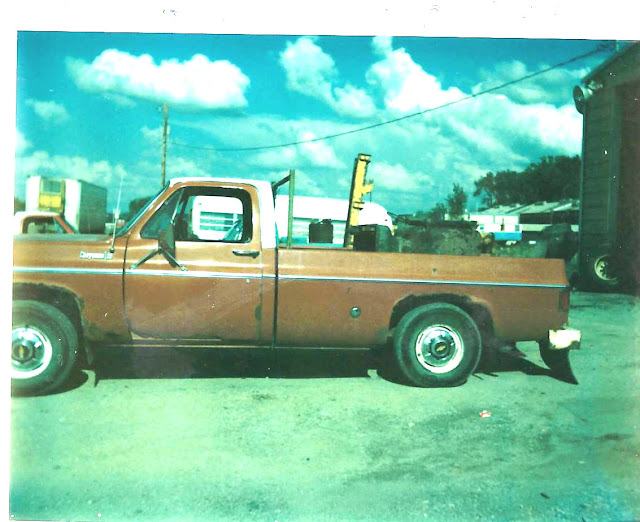 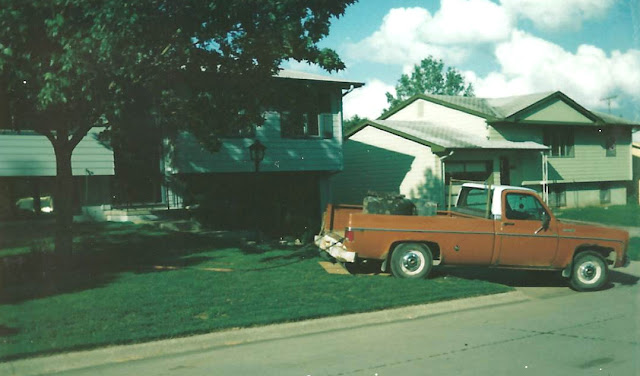 To unload it was hooked to my ash tree and I drove out from under it. My neighbor got a huge kick out that process. Then I dragged it into the garage and stood it up. 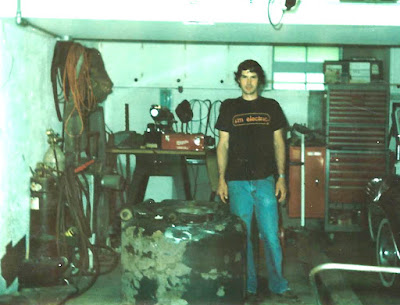 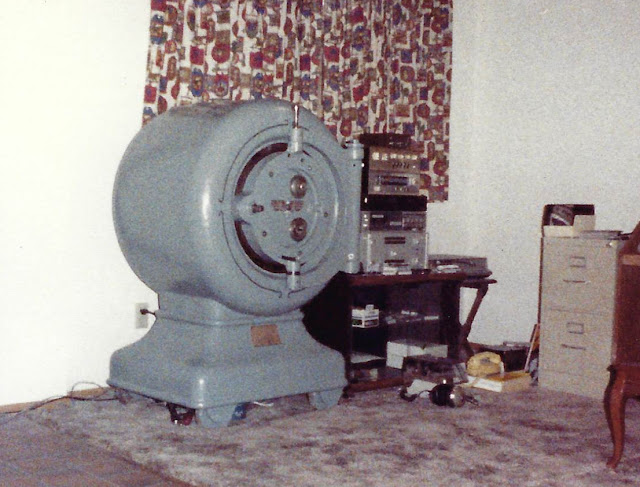 Here it is refinished but without the locks working. It was short one dial and the other was fubar. I looked for years for reasonably priced dials that fit on a square shank like the spindles on the locks had. I gave up 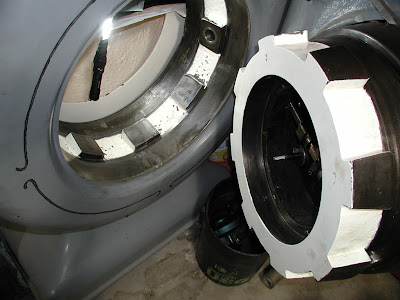 The door rotates to open kind of like an artillery breech. The are two bolts that keep the door from rotating when it is locked. 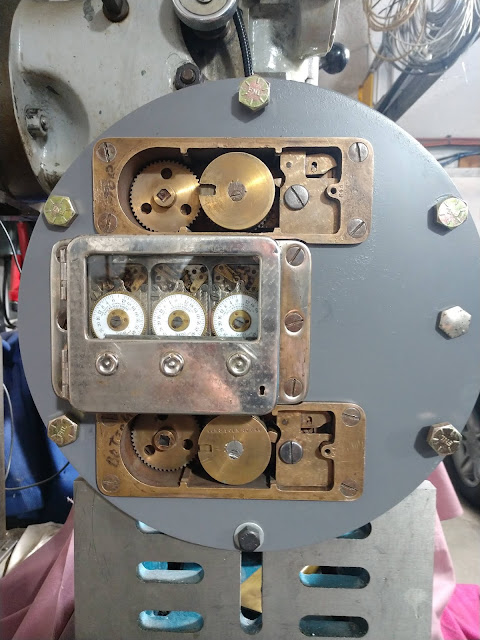 Lock plate with two combination locks covers removed and a three movement time lock. Either combination lock will open it and any time movement. Redundancy on these. Combo locks are indirect drive so drilling the spindles to get it open wouldn't do any good. Spindles are tapered and also made of Manganese steel. Pounding on tapered spindle would only make it tighter. These Yale time lock movements became kind of a standard. New movements are available in mechanical and electronic versions and would fit right in this case. 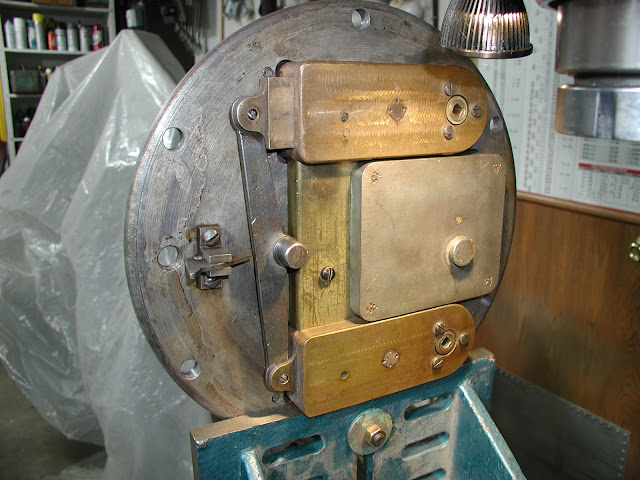 Back of lock plate pin on lever actuates dog clutch that operates bolt mechanism. Time locks inhibit the combo locks until they time out. 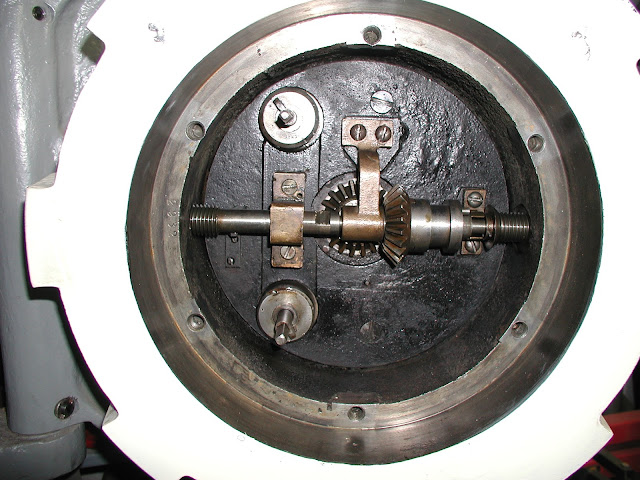 Dog clutch, spindles on inside of door 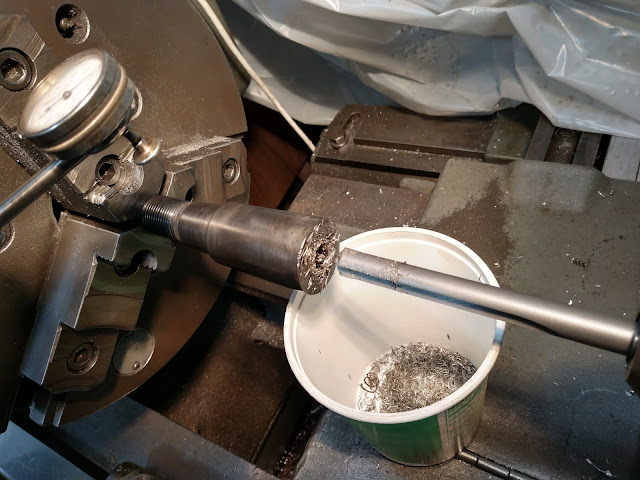 Combination lock spindles had a external square shank that the original dial fit on. We were missing one dial and the other was fubar. My plan was to adapt available modern dials with a 5/16x 40 threaded stem. To do this we drilled the original spindles partway with a 1/2" carbide spade bit and pressed in a piece of mild steel that could be drilled and tapped. 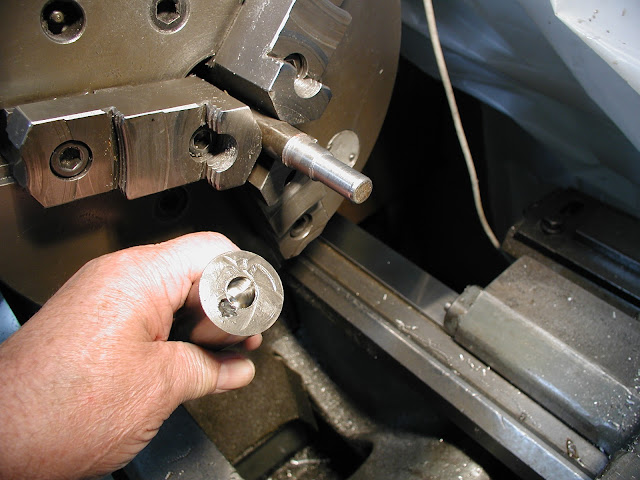 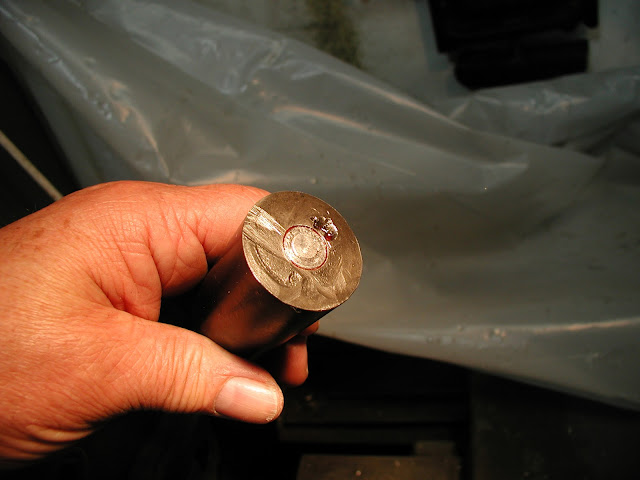 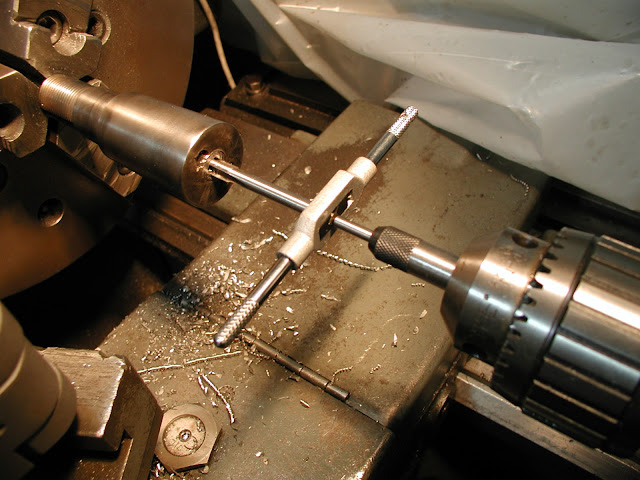 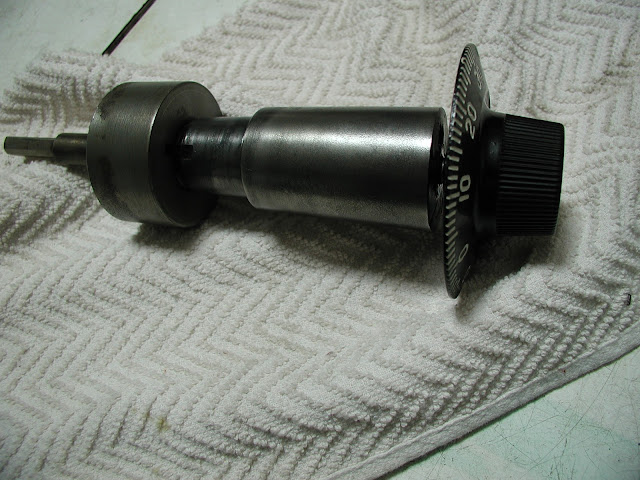 We got Sargent and Greenleaf dials which fit the original dial rings. Notice the spindle taper. 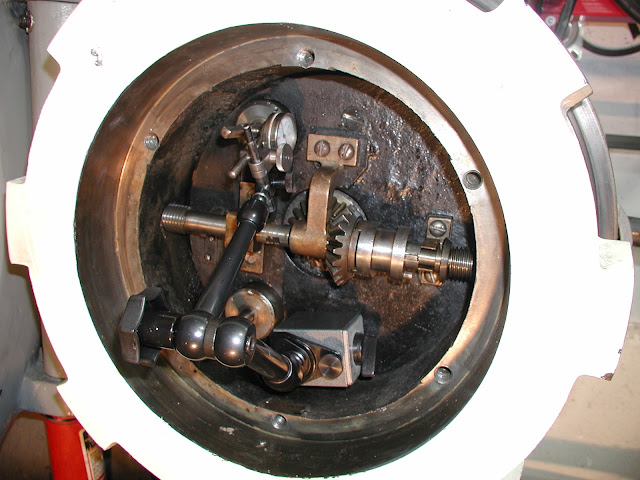 Checking for runout. The locks have a little adjustment for alignment and they turned out fine.
These are four wheel locks with 100 million possible combinations based on a 100 division dial. The lever is gravity operated so no spring to give out. 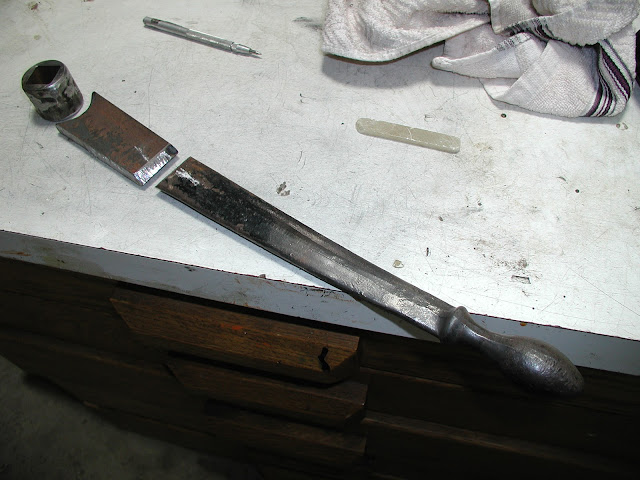 I made a lever out of a crank by bending with heat and welding in an extension. 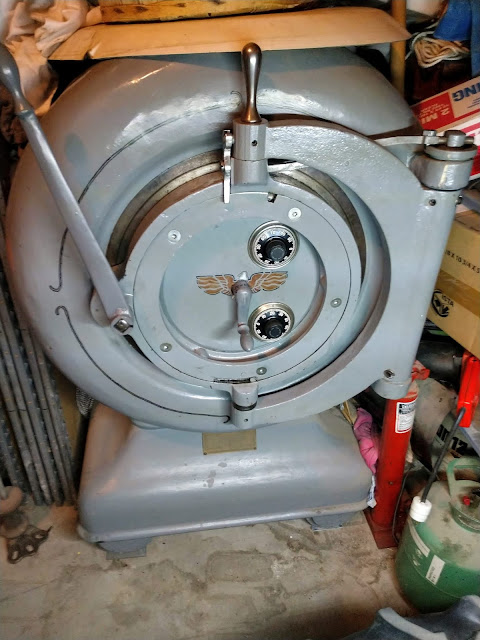 Locks fixed with new dials. Operation is locks set the dog clutch to operate the bolts by turning the crank then the lever rotates the door to open. 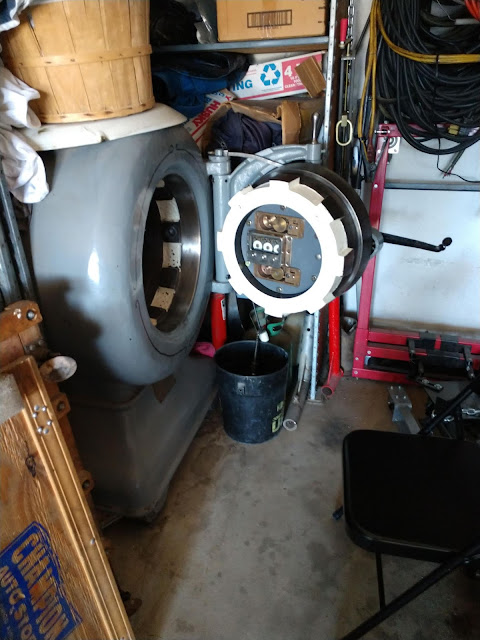 Covers not on the combo locks in this picture. The covers can only be removed and installed by another combination setting.
Posted by Wally and Sue at 8:51 PM No comments: