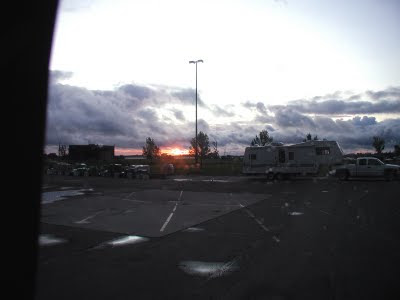 First night in Devils Lake ND. We didn't get underway until 10 AM and this is a far as we got before nightfall. 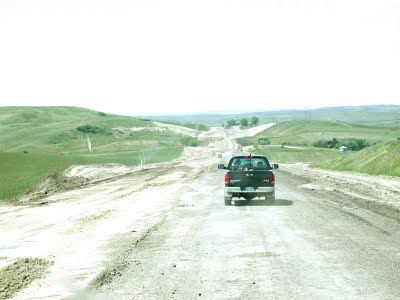 Construction on US 2 was a dirt path with a pilot car. Don't know how it would be if it had rained! 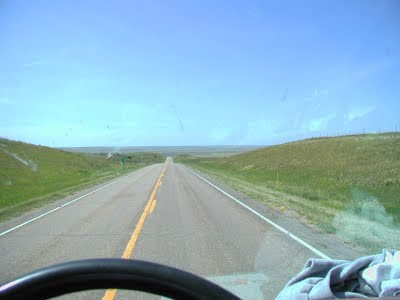 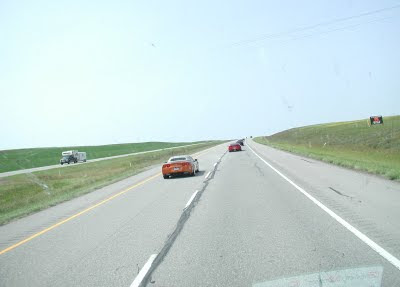 Five Corvettes were in a group that passed us traveling just north of the border at Sweetgrass. 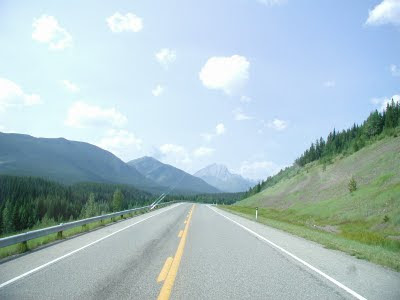 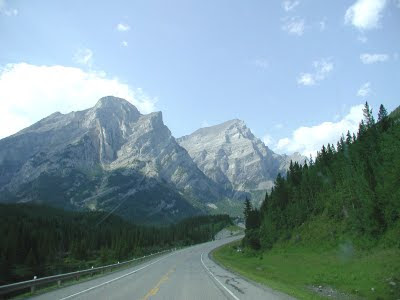 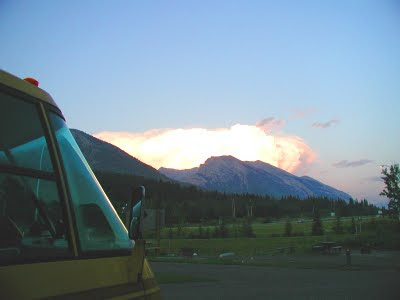 Municipal campground in Canmore. No services of any kind. 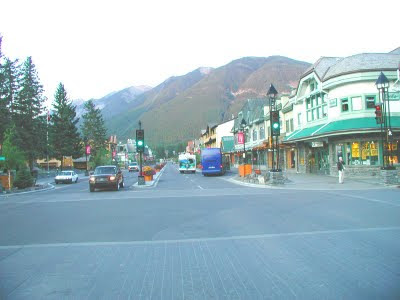 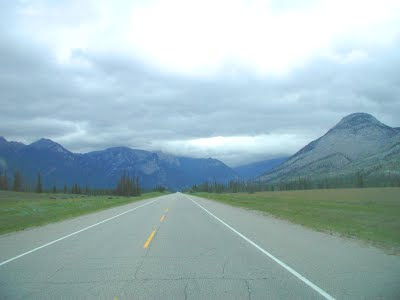 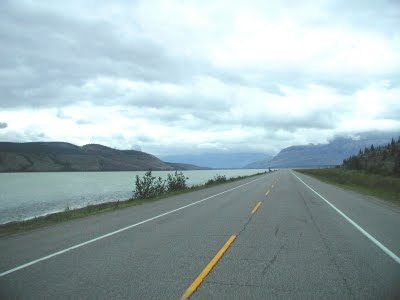 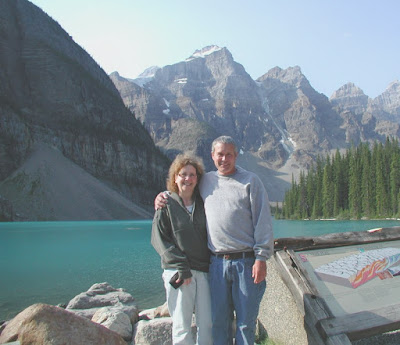 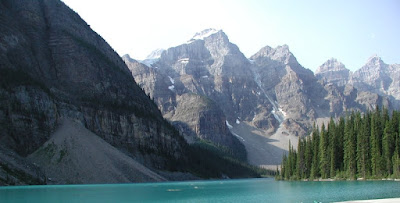 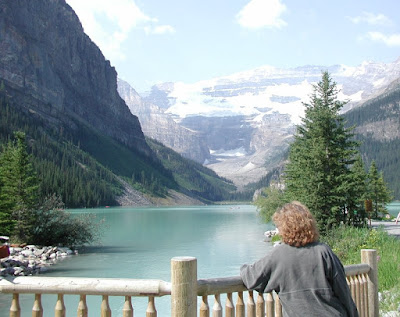 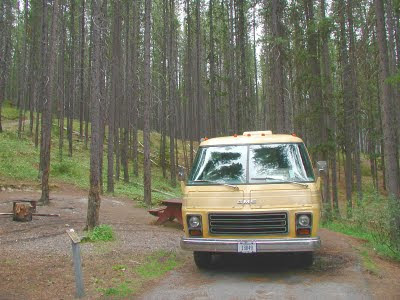 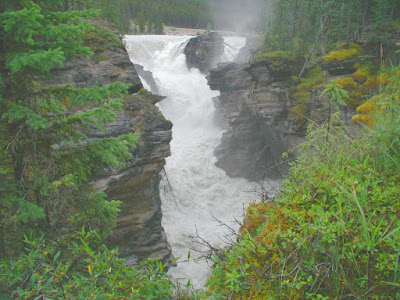 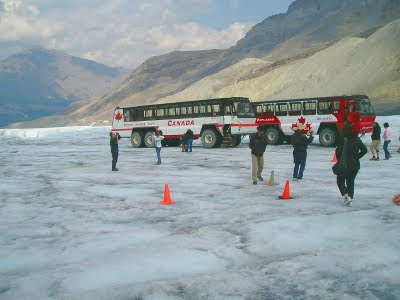 We rode up on the glacier in these machines 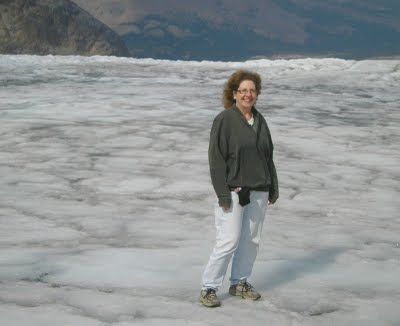 Sue on a glacier 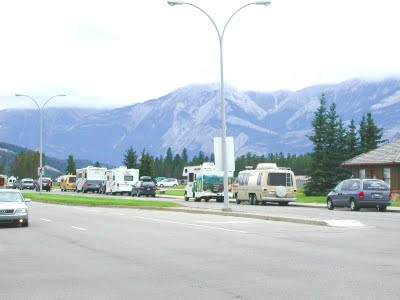 Two GMC's parked along the street in Jasper. Left a card on the closest one. 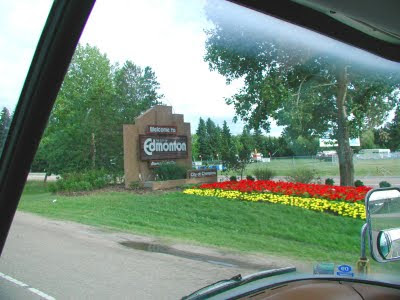 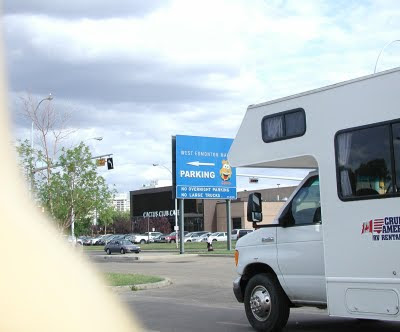 Edmonton mall supposed to be the largest in the world. It was big. 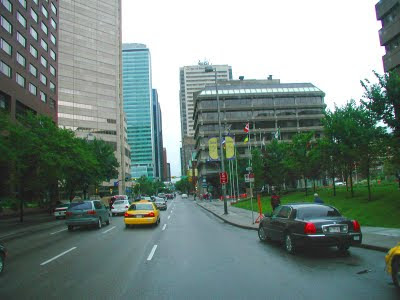 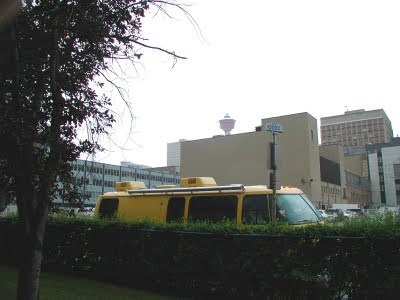 Parking in Calgary here was $5 per hour. There was a box deal on the corner that took credit cards to pay. You put in the area number and the license plate number and then how long you were going to be parked. No receipt or anything to show it charged your card. It must have worked as we didn't get a ticket or towed.
Posted by Wally and Sue at 12:44 PM 1 comment:

On the road Banff and Jasper parks Canada

Here is most of our track going from Omaha and back home. Streets and Trips was doing its balky Micro$oft thing and parts of the track are not shown. 3,734 miles and 9 nights on the trip. Click on the map and it will expand.
Posted by Wally and Sue at 6:40 PM No comments: