I bought a set of aircraft scales to use for the GMC or what ever else. The set had two 5,000 lb scales and one 2,000 lb. Only one worked. Replaced two of the handle springs with a cut down Ebay spring. 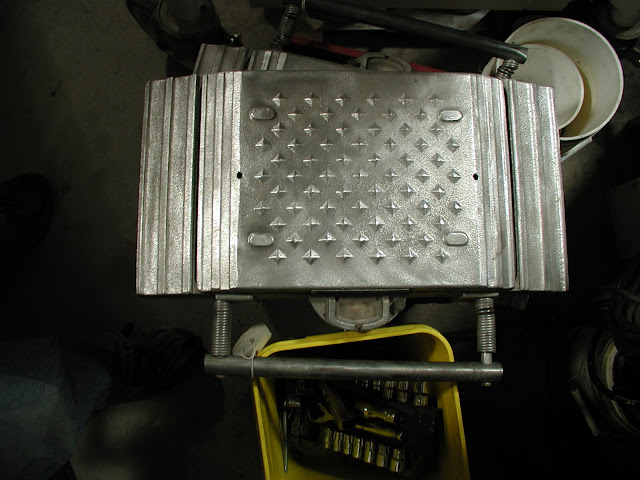 To get them apart there are snap rings and discs that cover two socket head fasteners on the bottom which hold the top on. 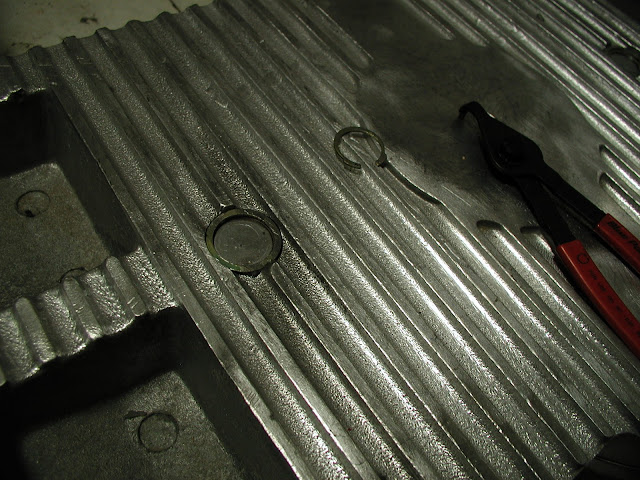 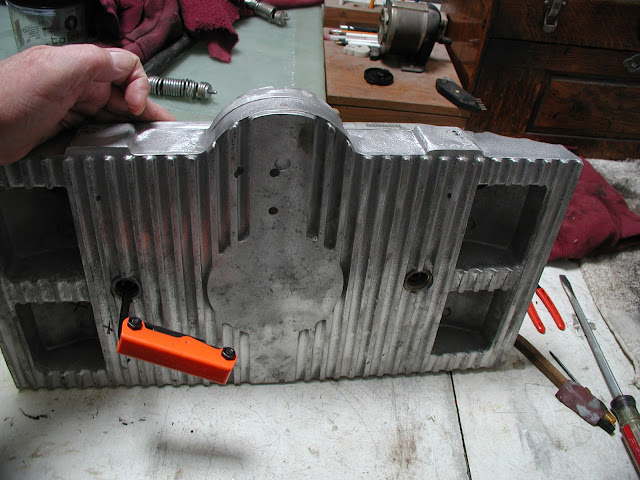 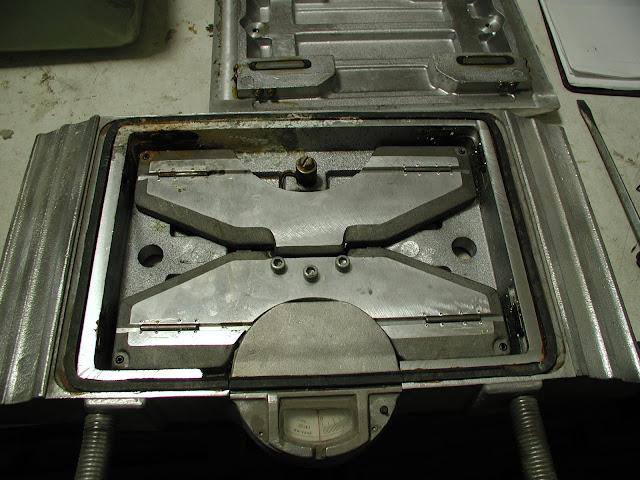 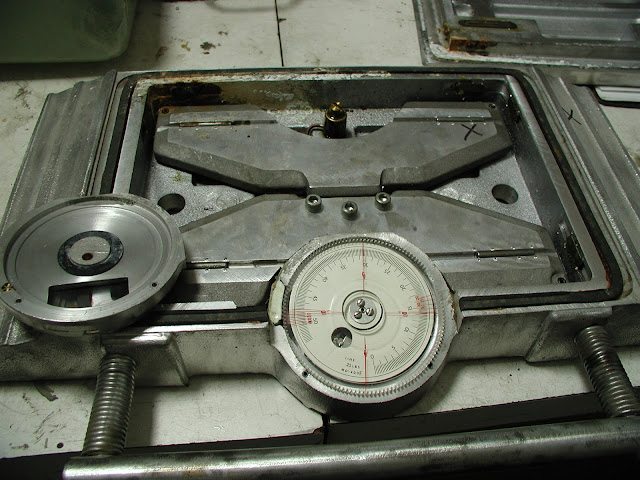 The brass screw is where the oil is put in. Two of these had o rings that failed and needed oil. At first I used oil that was too high in viscosity and the gages moved real slow. Drained that and put in thinner oil and it worked ok. Doesn't take much oil. 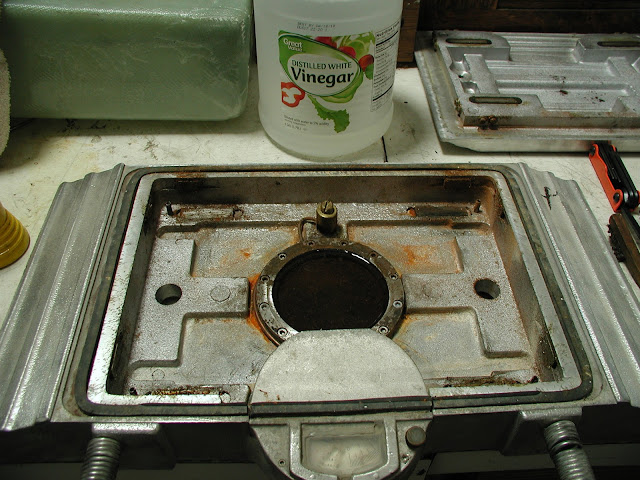 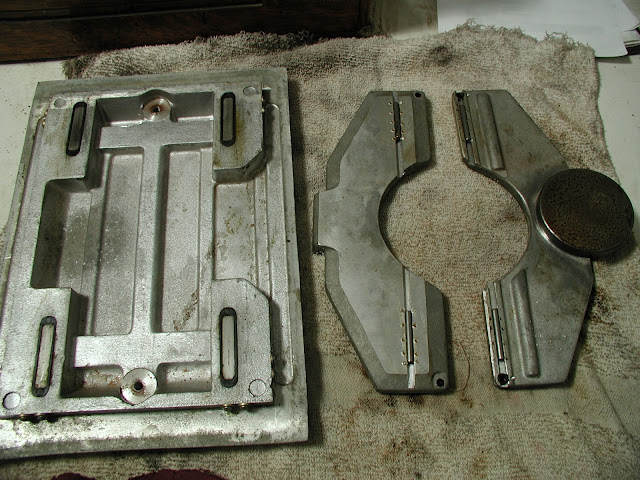 Levers and top cleaned up 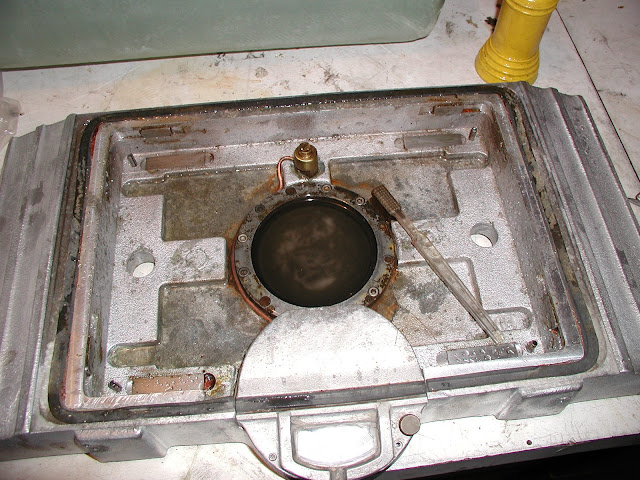 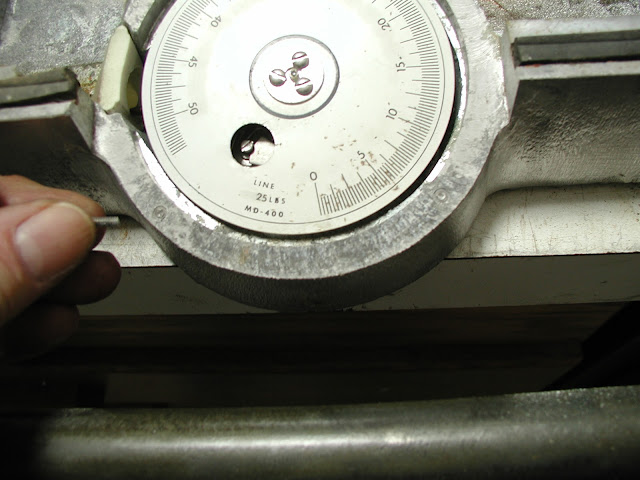 Two broken screws, one came out other not. 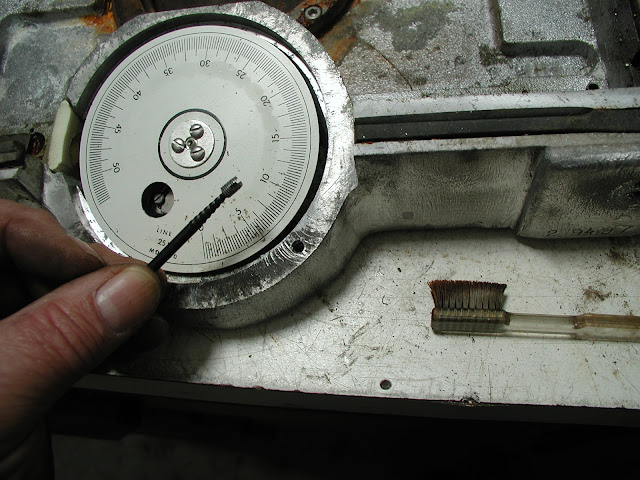 They did put steel inserts in the aluminium and that did come out. 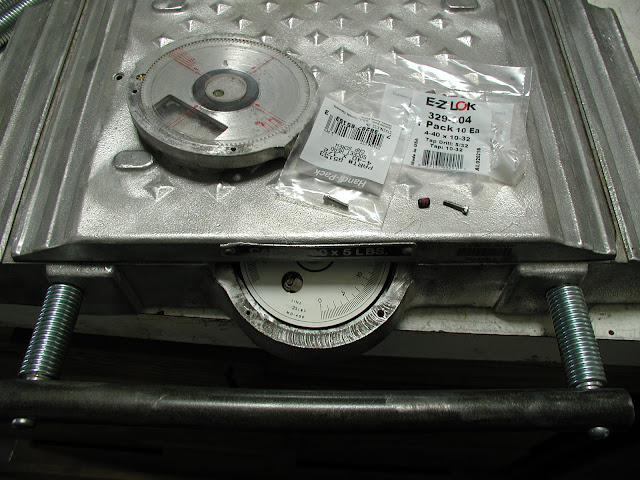 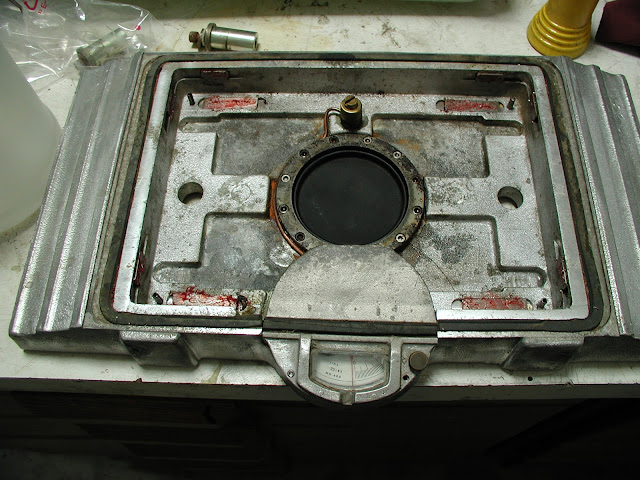 Cleaned, greased and ready to reassemble 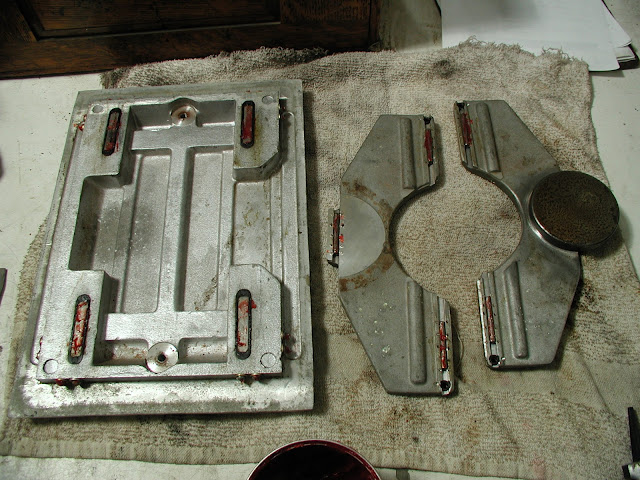 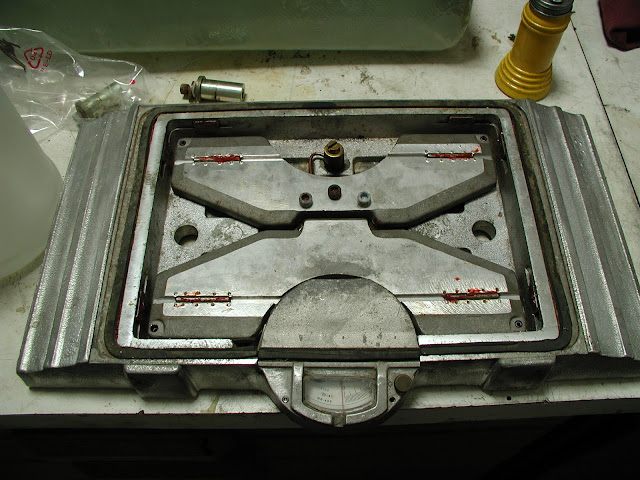 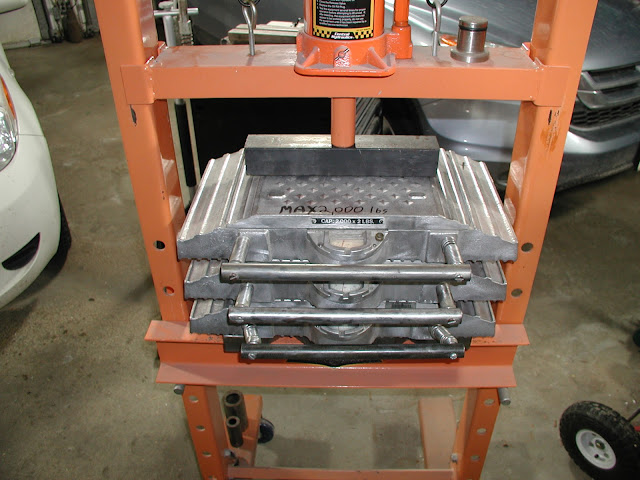 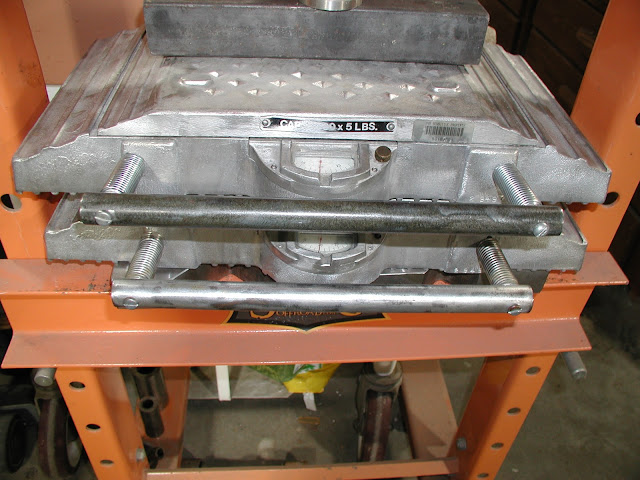 Testing the 5,000 scales to see if they match 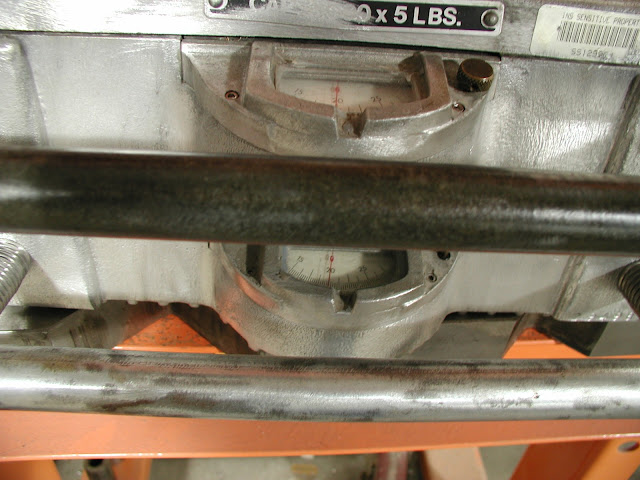 Posted by Wally and Sue at 8:41 PM No comments: