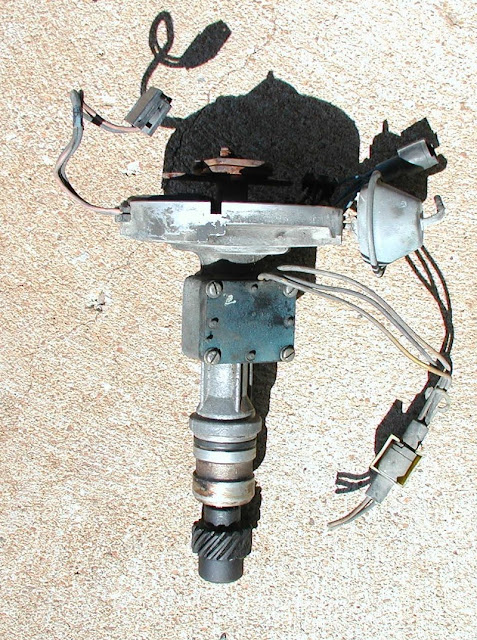 This HEI distributor was on a 76 Cadillac Seville with a 350 Oldsmobile engine. Cadillac sold Sevilles with port fuel injection. They had semi sequential fueling and used a distributor like this that had two reed switches for injection timing. The box on the lower part of the housing contains the switches and flying magnets. 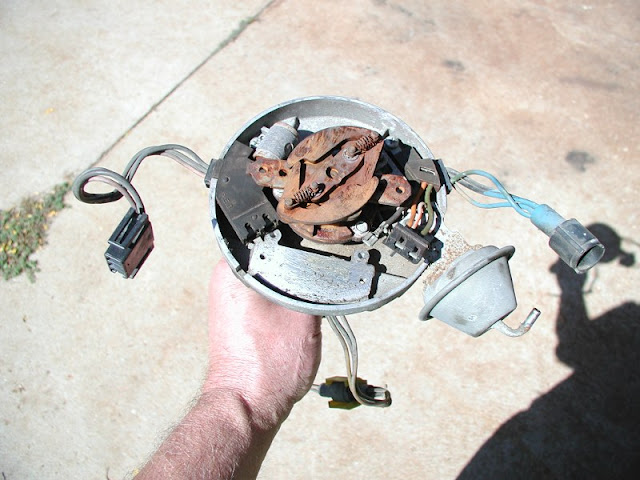 It had a 5 pin module with knock retard input on the extra pin. Used the old style mechanical and centrifugal advances. The flying magnets are attached to the shaft with a roll pin. There is a plug on the other side of the box that can be removed to get the pin in and out. The reed switches are potted in the cover. They have a common connection, the switches close 180 degrees apart and have a narrow close time. This signal could be used for a cam position input for full sequential fueling. 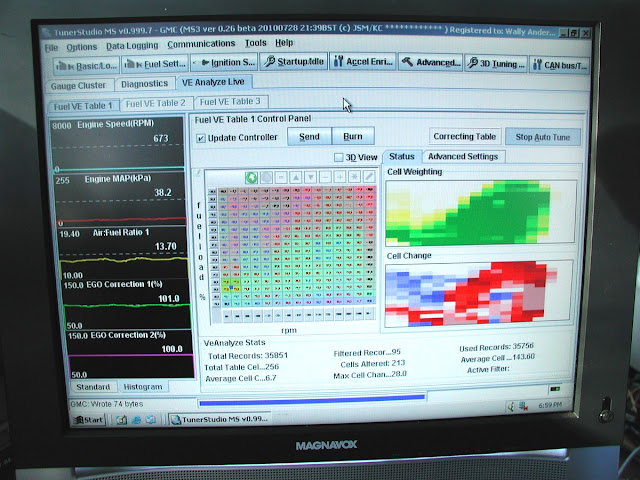 Here is a screenshot of Tuner Studio's VE analyze after road tuning. The red cells changed a lot.
Posted by Wally and Sue at 3:19 PM